Open courts are an important aspect of the justice system that engender trust in its functioning. Justice being seen to be done is as important as justice being done. The role of the media in this regard is significant.

While outcomes and efficiency of the judicial process are important, its process being transparent and open to the public (except in a few instances that is warranted) are no less important. Even during the days of overcrowded court halls, the media played a significant role in making the public aware of court proceedings. The pandemic related restrictions on entry for the public to courts has only made the role of the media even more important.  Media reporting of court proceedings can shape public opinion on its functioning, and over time affect the level of trust that the public place in the institutions and the process. This is not to say that the nature of functioning of courts do not by themselves influence these views.

The last few weeks have seen interesting developments in this area. The Supreme Court launched an app to provide media personnel links to access live streaming of its proceedings. At the same event, Chief Justice of India Hon’ble N V Ramana also promised to rationalise rules for accreditation of media personnel. A Supreme Court bench refused to restrict media reporting of oral comments on the Election Commission made by a bench of the Madras High Court in the proceedings before it.  Two journalists and law students filed a Public Interest Litigation (PIL) in Allahabad High Court seeking access to its live proceedings.

These developments have shown how courts can play a crucial role in enabling the media personnel carrying out their duties. This is done in three ways.

Who has access: Courts determine which media personnel should have access to court proceedings and who can report about it. This is done through accreditation rules that lay down eligibility conditions. Whether such accredited journalists should have legal background to ensure accuracy in reporting has been a contested topic.

The PIL in Allahabad High Court has highlighted the disparity in access across High Courts. And we aren’t even talking about access to proceedings of District Courts. The study of practitioners in the district courts conducted by DAKSH in 3 states, ‘Lawyers Experiences During the Covid-19 Pandemic, December 2020’ showed how poor this facility is even for advocates.

The third aspect of court reporting is ease of comprehension.  In spite of many efforts over the years, legal language and court proceedings continue to remain esoteric – with specialised terms, and procedural nuances that the uninitiated would find challenging to make sense of. Court reporting has the unenviable task of demystifying these for the interested readers. The accreditation process of courts, and calls from some quarters for allowing only journalists with legal background to be permitted to do court reporting, should be seen in this context.

The Supreme Court, at the event for launch of the app for journalists, also announced that the app would contain ‘indicative notes that would aim to provide concise summaries of landmark judgments in an easy-to-understand format’. This is a welcome step, and is in line with international practice – see here for examples from the United Kingdom and Australia.

There is a need to think about what technological developments would mean to the future of court reporting – from both a supply and demand side.  There is a strong possibility that all court proceedings would eventually be publically broadcast – courts are going to have lesser control in the days to come on who will report about it.  With information about daily proceedings becoming easily available, and opportunities for information arbitrage becoming scarce, there is a need for court reporting to provide insights, patterns, and views that go beyond one case, or one hearing. Courts too will need to increase their capacity to interact with the media.

At the root of this change is the recognition that courts are also public institutions that should be transparent in their functioning and accountable for outcomes.

You can follow DAKSH’s latest initiative MĀRGA (Media And its Role in Governance and Accountability) at the intersection of law & justice system, and media here: https://www.dakshindia.org/marga/ 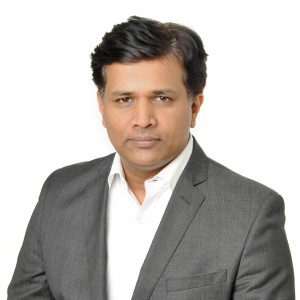 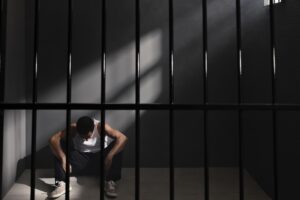