The Supreme Court of India in the case of All India Judges Association & Ors. v. Union of India & Ors., in its order dated 2 August 2018, has highlighted an often ignored problem with the Indian judiciary – the deplorable infrastructure of our courts.

Noting the lack of adequate infrastructure in courts and how it can hamper access to justice, the Court laid out 14 directions in its order, each of which the Court sees as fundamental and vital to provide in all court complexes. Among its directions, the Court mentions that court complexes ought to have floor plans and maps for easy navigation – something that may be of assistance to litigant and young lawyers alike. Going a step further to make courts friendly for the differently abled, the order states that court complexes should have signage in braille for the visually impaired. It also states the need for functional electronic case display systems with automatic updates, a facility that has been implemented in High Courts. The directions even note the need for clean and hygienic washrooms – a basic facility which some court complexes lack altogether, let alone keeping them clean and hygienic.

Pointing at a possible reason for the lack of adequate infrastructure, the Court noted that “Presently, most of the States are making budgetary provision as low as less than 1% of their total budget for the judiciary”. The Court even went on to state that “The budgeting must be from the demand side and cannot be from the supply side”. Investing in adequate support structures for the effective functioning of the judiciary must be seen at par with the needs of the legislature or executive; sufficient allocations ought to be made to better the working conditions for the judges and staff of the courts, more so in subordinate courts across the country. There have even been instances where people have seen goats and rats inside the premises of a subordinate court. This is unbecoming for our primary justice delivery system to have to withstand such working conditions in the 21st century.

To meet the ends of its order, the Court mandated the setting up of a committee in each state by the Chief Secretary, with the Secretary of the Department of Law and an officer of the High Court as members. The committee is required to prepare three court development plans: short term (annual), medium term (five year), and long term (ten year) to focus on judicial infrastructure. However, the issue of lack of adequate judicial infrastructure has been discussed by the courts earlier as well,[1] and we continue to see abysmal infrastructure in the courts. To ensure that the Court’s latest order does not merely remain as a direction on paper, the Chief Justice of each High Court must be periodically reported to on the progress of these court development plans, and the plans must be made publicly available to ensure that there is transparency in the matter. It is hoped that by mandating a committee to continuously and periodically review problems and improvements to court infrastructure, the guidelines provided by the apex court in this regard are noted with due attention and swiftly acted upon.

Further, in addition to the various directions provided by the court with regard to improving specific features of physical infrastructure in the courts, the order highlights the need for professionally qualified court managers in each judicial district to render assistance in court administration – by allowing a dedicated person to handle non-judicial matters that have a bearing on the functioning of courts it is hoped that more attention can be given to these concerns in a timely manner. While it has been said that the judiciary speaks positively of court administrators, their role in the hierarchy of the administrative staff, and their responsibilities, must be clearly demarcated so as to provide them the opportunity to bring about the required changes without getting stalled or requiring numerous approvals to see the light of day. While improving the infrastructure of courts in undoubtedly imperative, there is an equally pressing need to improve court administration so that the end goal of access to justice is achieved. 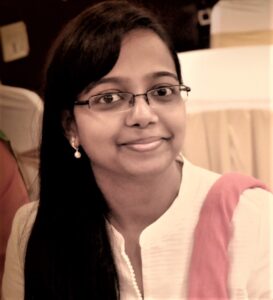 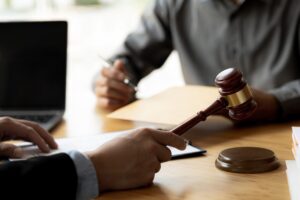 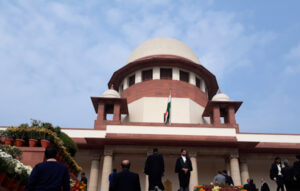