In an unprecedented move, the judge of the High Court of Bombay, Justice Kathawala heard the cases listed in his court till 3:30 am in the morning. Court room 20 was buzzing the entire night as lawyers and litigants waited patiently for their turn to come. With close to 134 cases listed in his court, Justice Kathawala was determined to finish all the cases before he rose for the day. While there is no doubt that he took every effort to dispense justice expeditiously, it shows the glaring burden with which judges work in the country. Is this a sustainable model? Is the situation so grave that there are no other means to manage the workload? These are some of the questions that need to be asked.

The number of cases pending in the High Courts have been on the rise over the past three years. Figure 1 depicts the gradual increase in the number of pending cases in High Courts. 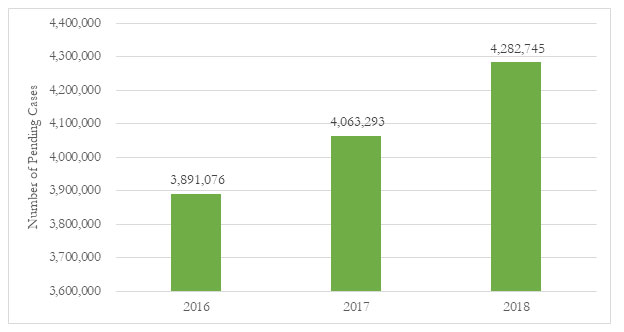 Listing of Cases in Courts

With the increase in the number of pending cases in the courts, the overall burden and the number of cases listed per day with judges would also increase. Barring certain cases that become dormant, the regular cases filed in courts on a day to day basis get listed in front of judges daily, thereby increasing the average cases listed on a day. In ‘State of the Indian Judiciary: A Report by DAKSH’, an analysis on the daily listing of cases was carried out. Figure 2 shows the number of hearings in High Court across the country. 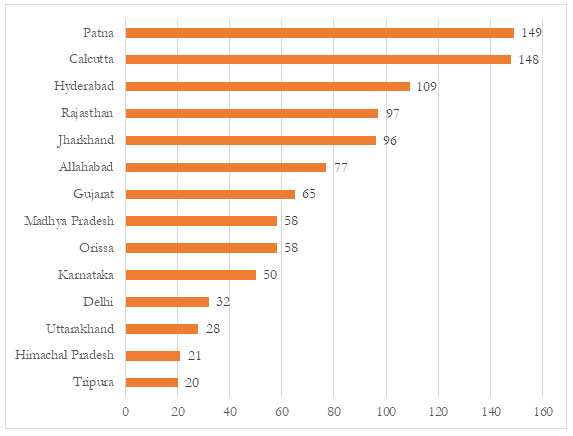 *Data has been taken from DAKSH database. Due to paucity of data several other High Courts including High Court of Bombay could not be analysed.

Figure 2 provides the average number of cases listed per day with each of the judges in the respective High Courts. High Court of Patna clearly stands out with 149 hearings being heard by judges on a single day. High Court of Calcutta occupies second position with an average of 148 hearings. With such high number of cases listed each day, there is no doubt that judges will have to spend long hours in courts, if they intend to complete the entire list.

Pending Cases in the High Court of Bombay

Figure 3: Comparison of cases pending in the High Court of Bombay with the national figures 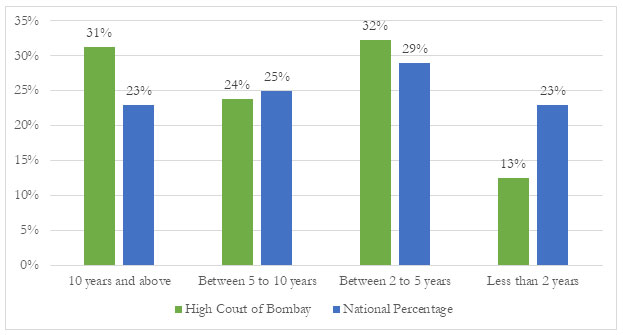 While there are some judges that are ready to go an extra mile, be it even till midnight, such practices are unsustainable. Certainly it is preposterous to expect judges to work at such untimely hours. To counter the problem it is important that only an optimal number of cases be listed per day. Not only would it enable judges to complete the cases listed effectively, it will also save the time and cost of the litigants who need to come to the court. Finally, the day to day efficiency should also be focussed upon. With cases being delayed at several stages, the overall number of pending cases will only increase. This is clearly reflective in Figure 3 where 10 per cent of cases in the High Court of Bombay are pending more than ten years. Hence, increasing efficiency of individual judges on a daily basis would definitely help courts move towards a better tomorrow.

Arunav Kaul is a research associate at DAKSH. All views are personal. 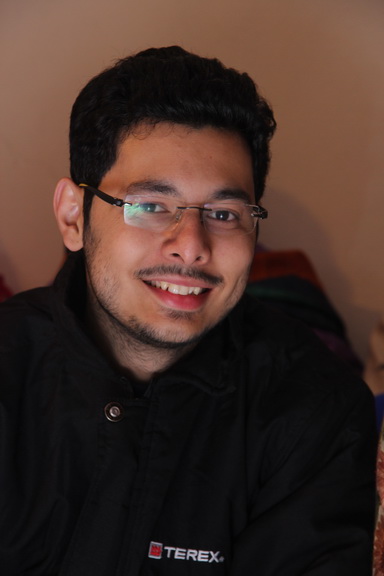 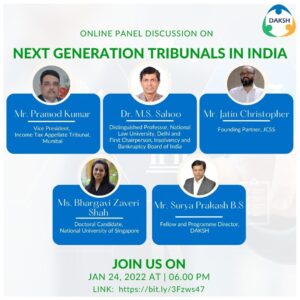 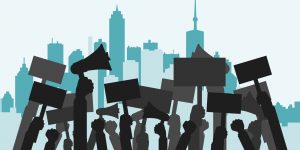 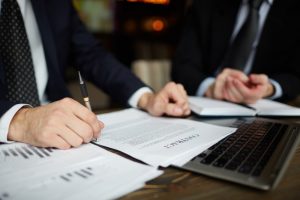 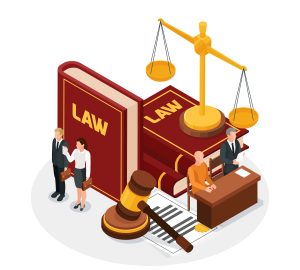